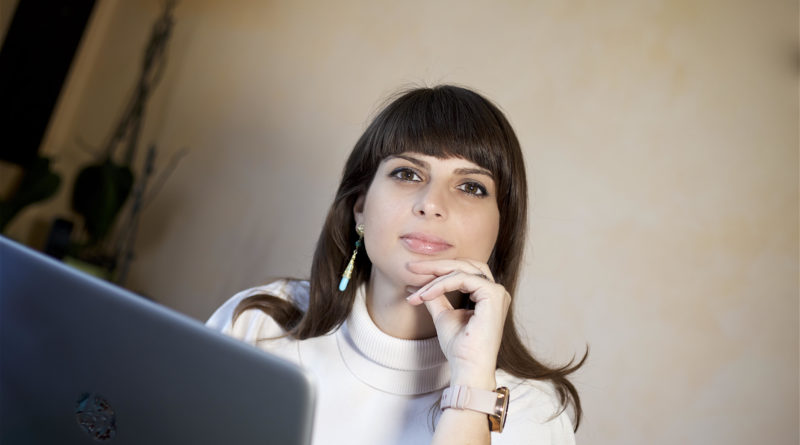 Fiorenza Gherardi De Candei is a press office manager, as well as a communication and management consultant. Since 2003 she has worked constantly in the sector of event organization, marketing, press office and promotion.
Her activities are mostly based in Rome but she also promotes events and artists all over Italy, as well as in Europe, the United States and Asia.
On three occasions she has been ranked by the Jazzit Awards as the best press office manager on the Italian jazz scene.
At the age of 22 (in 2005) she founded her first communications company (Delta Comunicazione S.r.l.), together with several other partners. Their clients have included the Municipality of Rome, the Italian Ministry of Education, Volksbank and the Cariparma banking group.
For some years now she has mainly worked freelance, focusing on her passion for music and art. In this role she mainly promotes musical events and artists, but she is also active in the areas of theatre, cinema and literature.
Her clients include various public entities, foundations, companies, record labels, associations and artists active in the cultural and artistic fields.

Her objectives are to achieve the maximum possible degree of dissemination and visibility on printed paper (in newspapers and magazines), online publications, social media, radio and TV, thanks to communication campaigns that cater directly for the needs of individual clients.
She is currently a member of the cast of the TV show “Variazioni su Tema” presented by Gegè Telesforo, broadcast on Rai5 and produced by Zenart, for which she also manages the editorial contents and the promotional activities.
She has conceived and supervised the creation of over 150 training courses for many organizations and companies (Masters, Advanced Training Courses, Workshops and Seminars) related to the sector of communication.
Since September 2019 she is professor of “Creative Music Product Design” at the University of the West of Scotland (campus in Rome) for the Bachelor of Arts Commercial Music. She also teaches “Performing Arts Industry” and “Professional Development” at Art Village of Rome for the Diploma in Performing Arts.
She often teaches on the subject of press office activities and the organization of events in the context of Masters, Courses and Seminars (to date she has taught over 65 classes).

She has conducted on-line video interviews for the Italian language Swiss public radio channel Radio Svizzera Italiana.
She regularly collaborates with the Appercezioni association, for the promotion of theatrical and multimedia performances in Denmark and the Italian region of Lazio.
Since 2015 she has been the press office manager of the annual Tolfa Gialli&Noir festival.

VISUAL
For her clients Fiorenza coordinates the realization of graphics, photo-shoots, video clips and video interviews.
She has a passion for photography and video-making, and she herself produces photographic, video and graphic materials when required.

TV and RADIO
In 2017 and 2018, she regularly appeared on the TV show “Variazioni su Tema” presented by Gegè Telesforo, broadcast on Rai5, with which she also collaborates as regards the editorial contents and promotional activities. She is a frequent guest on several Italian radio channels (such as RadioRai, Radio24, etc.) where she presents her activities and promotes her clients’ projects.

CORPORATE PRESS OFFICE
From 2005 to 2013, as a corporate press office head, she conceived and developed communication strategies, dealing with the client’s image, the identification of alternative and avant-garde promotional channels, the supervision and expansion of the network of corporate stakeholders, the organization of promotional events and conferences, and the coordination and implementation of online and offline visual communication. All of this was done through her company Delta Comunicazione

EVENTS
In addition to her promotional activities, over the years Fiorenza has also dealt with the organization and production of events, including the International Jazz Day in partnership with UNESCO, the Rome Jazz Festival, the Jazzit Fest, the Maratea International Film Festival and the Vergstock Eco Art Project, held at the Tor Vergata University of Rome in 2003. Between 2006 and 2008 she conceived and created ArtèMix, a project for promoting visual artists through media disclosure and exhibitions in the Italian regions of Lazio and Basilicata.

EDUCATIONAL ACTIVITIES
Fiorenza has conceived and created 150 training courses (Masters, Workshops, Seminars and Advanced Training Courses) for her company Delta Comunicazione S.r.l. Most of them were relevant to the sector of communications, and she planned various different educational programmes that over the years have been repeated 20 or 30 times, obtaining approval both in terms of quality and as regards the number of participants, with the involvement of several distinguished corporate clients including Cariparma and Volksbank.
Since 2004 she has also been a teacher of subjects related to press office activities and the organization of events connected with Masters, Courses and Seminars (to date she has taught about 60 classes) in the context of companies and organizations such as CS Europa, Phidia and Informagiovani of the Municipality of Rome, as well as for Delta Comunicazione S.r.l. In 2016, as part of the Festival “Rumori nell’Isola” which was held on the island of Ventotene, she carried out a seminar on the subject of Self-Promotion.

EDUCATION, TRAINING AND ARTISTIC PASSIONS
Over the years Fiorenza has specialized in the sector of communication, attending Higher Education courses at various private institutions, on the themes of European planning, fund raising, music journalism, the organization of musical events, and web marketing.
She graduated with honours from the Tor Vergata University of Rome in History, Sciences and Techniques of Music and of the Performing Arts (ex DAMS) with a degree thesis entitled “The Internet, social networks, MySpace and the redefinition of the image of classical music” for which she interviewed several musicians (including Stefano Bollani). It discussed the possible use of the new online resources in order to attract a youthful target market towards the operatic and symphonic music sector, and it was presented at a conference held at the Circolo degli Artisti in Rome as well as during a web broadcast organized by CISCO Systems.
Fiorenza’s commitment in the cultural sector stems from her great passion for music and art, and over the years she has devoted herself to the study of the piano, the guitar, singing, photography and theatre.
In 1997 she obtained a diploma in solfège (solfeggio) from the “L. Refice” Conservatory of Frosinone, and then ended her formal pianoforte studies before the fifth year of the course. From 2004 to 2009 she was as a chorister with the Coro C. Casini choir and the Nuovo Coro Lirico Sinfonico Romano NCLSR choir which sang in concerts organized by Ennio Morricone, Roger Waters and Andrea Bocelli.
Following 2003 she dedicated herself to her photography project Di Nuova Luce – Vita d’Acqua, which involved a series of exhibitions in Rome and New York, and was also presented at several multimedia shows. Some of these photographs were chosen for the graphic designs of jazz records. Fiorenza also used the concept of reflections from this project while shooting the video for the song “I’m in love” by Greta Panettieri, which can be viewed on the website Repubblica TV.

We use cookies to make sure you can have the best experience on our site. If you continue to use this site we will assume that you are happy with it.OkNoPrivacy policy
Revoke cookies